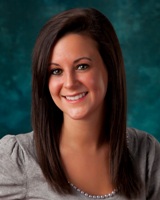 Alyssa Turcotte joined Eaton & Berube in May 2011 as the agency’s Internet Marketing Specialist. In August 2015, she obtained her Property & Casualty Producer License, allowing her to provide home, auto, and business insurance in New Hampshire. In August 2016, she assumed the role of Director of Operations & Digital Marketing.

Prior to joining Eaton & Berube, Alyssa worked as a freelance writer and columnist for Patch.com in East Haven, Conn. In 2010 she completed a marketing writing internship at Digital Surgeons, LLC. in New Haven, Conn., where she became familiar with search engine optimization and social media marketing techniques.

Alyssa is a member of the Greater Nashua Chamber of Commerce’s Leadership Greater Nashua Class of 2017. A Nashua, N.H. native, she currently resides in Manchester, N.H., with her husband and pets.